Although technically not a “mountain range,” this whimsical reference has been made to these valley peaks, the remnants of volcanic activity that has been dormant for over a million years. The Buttes are in a circular configuration with a diameter of 10 miles, covering an area of about 75 square miles.

Before modern levees and dams were built to contain the rivers, winter storms and spring run-off frequently turned the Sacramento Valley into an inland sea, making the Buttes an island refuge for California Indians, settlers and wildlife. The Buttes have had many names over the years. The Maidu Indians called them “Histum Yani”  which translates as, “Middle Mountains of the Valley” or “Spirit Mountain,” depending on the source. According to Maidu legend, after death, the spirits of their people rest in the Buttes before the journey to the afterlife. 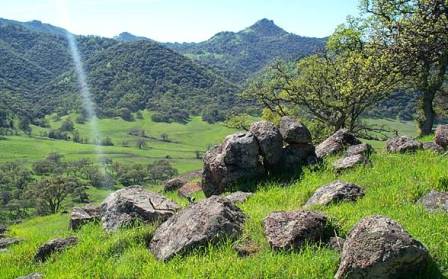 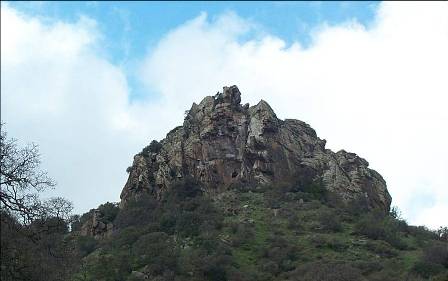 "Cat Rock" in the Sutter Buttes.

Gabriel Moraga, a Spaniard trying to locate possible mission sites, was the first European to see the Buttes, in 1806. Another Spaniard, Luis Arguello, led an expedition in 1817 to explore Northern California by water. He called the Buttes :Los Pichachos,” or the peaks. He also named the Feather River “El Rio del las Plumas” because he saw many feathers of wildfowl floating on the water. Other names for the Buttes were “Marysville Buttes,” “Sacramento Buttes,” and “Los Tres Picos.” They were finally named the “Sutter Buttes” in 1949. Until recently, all of the Buttes area was private land.  In 2003, State Parks acquired 1,785 acres of the Buttes, including a section called Peace Valley. 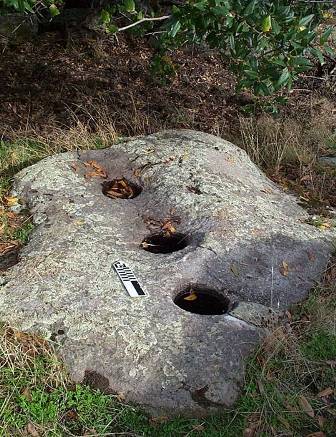 Throughout the Sutter Buttes there are a number of bedrock milling stations
with mutiple mortars.  These mortar holes measure
about 15 cm across and 8 cm deep. 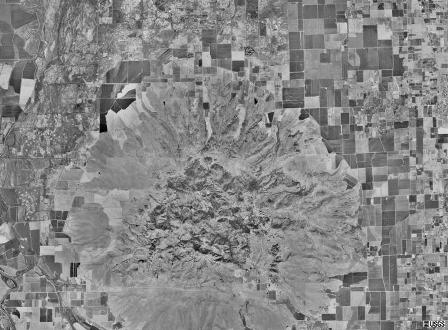 This classification recognizes the Buttes’ significant natural, cultural, geologic, scenic, and recreational resource values. The official name of the park has not been determined, until more information on the various names and historical events associated with the site.