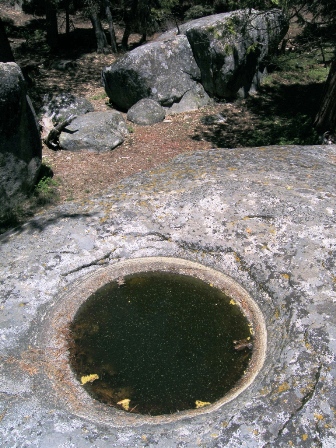 At a Cal-Fire Archaeology Training Session (5/30/05 – 6/1/05) a brief opening day classroom session introduced the group to the various historic and prehistoric features of the forest and surrounding areas.

The following day, a white state van carried several archaeologists through the groves of citrus trees and oak woodland scaling the foothills of the southern Sierra Nevadas into the conifer forest of cedar, pine and sequoia.

Our first stop was at the 8,000-year-old Sunset Point which currently provides a self-guided tour of the archaeological resources. Here various rock basin depressions occur within the decomposing granite bedrock. Although the origin of these basins is subject to great debate, it is clear from archaeological evidence that these areas were used by the Native cultures. 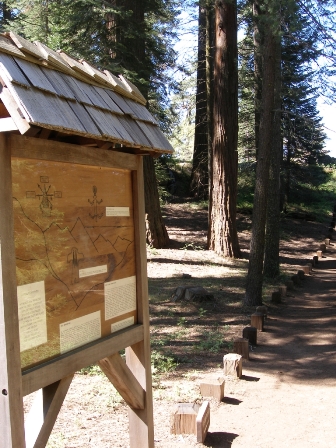 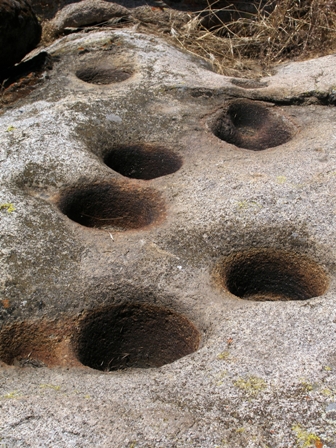 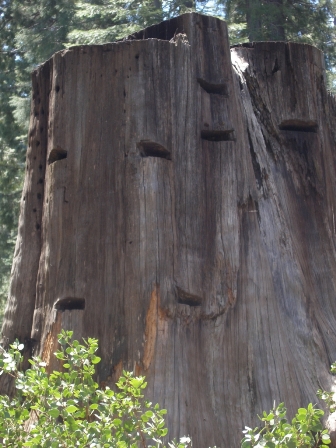 The nearby Enterprise Mill site contains remains of a saw mill (operational 1897-1901) from the early pioneering logging industry leaving historic sequoia stumps in its wake.  Our final day in the area was first spent driving along the historic Balch Park Road descending through the Farewell-to-Spring (Clarkia rubicunda) wildflowers to the Milo Cal-Fire Station and associated rock shelter site. Here, along a small creek shaded by oaks and flowering buckeye trees, a large outcropping of granite bedrock and boulders has created a small rock shelter. Painted pictographs decorate the stone walls and bedrock mortars are found in the open grassland areas. 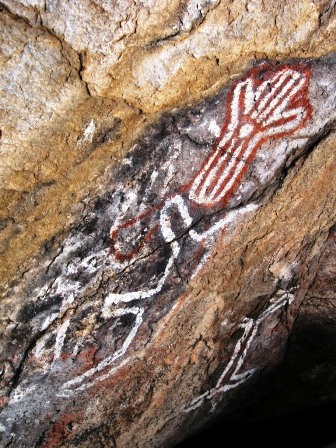 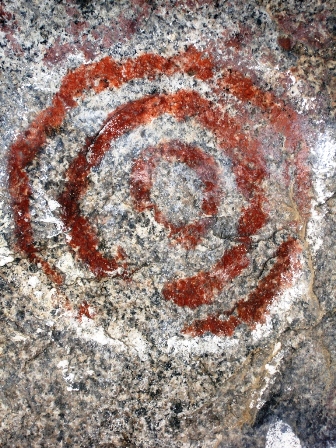 The jewel of the trip, however, was saved for last. The rock art present at Exeter Rocky Hill is probably the best preserved representation of southern Sierra rock art in the state and has recently been acquired by the Archaeological Conservancy. Pitted cupules and bedrock mortars are frequent and the granite boulders of this mountain have fallen in various ways to allow access to shaded shelters. These areas cooled by the granite rock would have been welcomed by Native cultures retreating from the sweltering heat. There are even small “body holes” where a person can lie in a rock crevice and lay back under a painted ceiling.

Whether you gaze upon the ancient sequoias or rock art, the cultural resources protected by Cal-Fire in the MHDSF area are rich and extremely significant to the study of culture along the southern Sierra Nevadas. 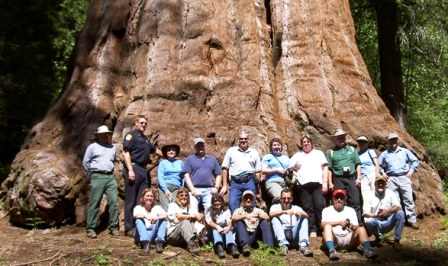