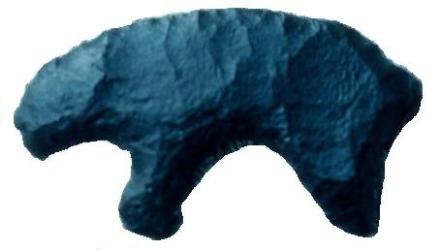 California Archaeology contains a record of past human activity that is as long and rich as anywhere in the New World. Our collective past has a tradition of study that stretches back to the arrival of the first Europeans and continues today encompassing a wide array of academic and government institutions, cultural resource management firms and grass roots avocational groups and societies.

The cultural heritage of California begins no less than 12,000 years ago when the first of several waves of people arrived and settled here. California's prehistoric population one of the largest and most diverse in the Western hemisphere is exhibited by the no fewer than the sixty-four distinct languages they spoke, more than any other comparable area in the world outside of New Guinea. California's prehistory and the archaeologists who interpret it are currently enjoying national recognition for their theoretical advancements in the field of evolutionary ecology, the initial colonization of North America, and for technical advancements in DNA and isotopic analysis of archaeological materials. California archaeology is not just all prehistory, however, but also encompasses all major developments in our history including Spanish exploration and the establishment of the Missions, Russian expansionism, the Mexican Ranchero or "Californio" period, the Gold Rush and the 49ers, and the agricultural, urban, and industrial developments of the 19th and early 20th centuries.

Explore and celebrate the exciting world of California's past.

Pictured above is a prehistoric artifact called the “Chipped Stone Bear" which is the Official California State Prehistoric Artifact, as adopted by the California Legislature on June 24, 1991. As an effigy in prehistoric times, it is still revered today as one of the earliest examples of representational art recovered in the Western United States. Learn More

California Condor: Wings of the Spirit