Reconstruction Archaeology at the Silvas-McCoy Site 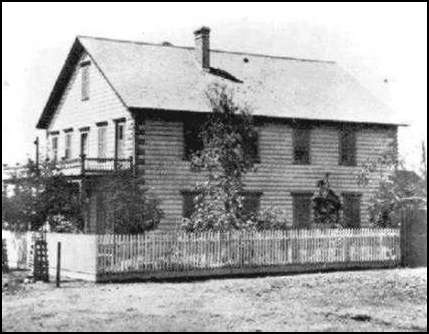 A paper presented at the 1997 Annual Meeting of the Society for California Archaeology, Santa Rosa
(Printable Version of 1997 article.)

Field work also exposed foundations of earlier adobe buildings and artifacts dating to the 1830s-40s. Although early ownership is unclear, prior to 1851 the property belonged to Maria Eugenia Silvas, descendant of a Spanish Colonial soldier who came to Alta California in the 1770s. The presence of archaeological resources representing 2 distinct periods and communities has precipitated a public controversy regarding the appropriateness of reconstructing the McCoy House, rather than earlier buildings associated with Mexican-California occupants. We describe results of archaeological work and discuss some of the issues involved in the controversy. 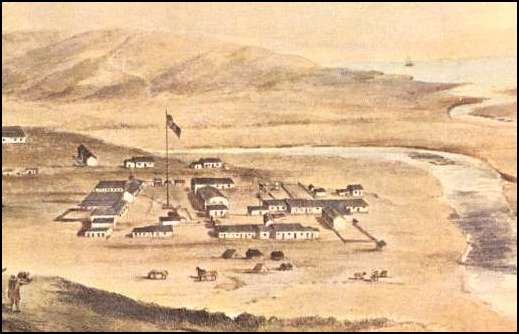 Old Town San Diego State Historic Park is situated on an ancient terrace of the San Diego River. Some portions of the terrace may have been used as a temporary campsite by the Portola expedition in 1769, although they soon established the first Spanish presidio and mission in Alta California on a nearby hillside. Little is known about the activities on the terrace for the next 50 years, although it was probably used for agriculture. By the early 1820s, retired presidio soldiers and their families began building houses there, in what soon became the Pueblo of San Diego (Hayes 1874:79).

San Diegos light rail system was recently extended to Old Town. Related developments include the construction of new tracks, a depot and passenger parking lots, as well as the realignment of streets and utilities in the vicinity of Old Town San Diego. This has changed visitor flow into the park. Most visitors will now enter at the northwest side of the park, through an area of parking lots and run-down 20th century buildings. The light rail project, along with state and federal grants, has provided funds to improve this area by recreating historic streets and landscaping, as well as reconstructing the McCoy House, which is situated near the new light rail depot (Helmich and Mills 1996; Baranowski 1995).

Park plans call for use of the McCoy House as a visitors center and focal point of the new entrance to Old Town. This large, 2-story residence was built in 1869 by James McCoy, a well-to-do Old Town resident who served as the towns sheriff and later as a state senator.

Earlier uses of the site are less well known, although historical records indicate the property was owned by Maria Eugenia Silvas, the descendant of a Spanish Colonial soldier who came to Alta California in the 1770s (Bevil 1995; Silvas and Needham 1996). There were 3 small buildings on the property when she sold it in 1851 (Davis, Felton and Mills 1997:22-27). 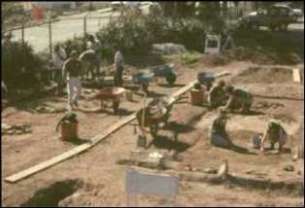 Archaeological tests in 1992 suggested that evidence of the McCoy House, in the form of mortared brick foundations, had survived under the parking lot that capped the site (Wheeler and Felton 1992). Artifacts representing previous occupations were also present, although no clearly identifiable remains of earlier buildings were noted.

In 1995, more extensive excavations were undertaken to provide architects with the information needed to design the McCoy House reconstruction, as well as to recover data likely to be impacted by construction (Felton 1995).

As soon as pavement was removed, foundations of the McCoy House began to appear, as did the foundations of an earlier adobe building, which may have belonged to Maria Eugenia Silvas. The locations of the 22 by 29-foot adobe foundations, as well as those of the McCoy House, are shown in Figure 2. The foundations of the McCoy House overlap the earlier feature, clearly showing the 2 buildings occupied the site at different times. Instead of the more commonly used river cobbles, the adobe footings are made of kiln wasters, which are large, pumice-like chunks of over-fired floor and roof tiles, presumably discarded at an unknown kiln location. Portions of at least 2 other kiln waster footings were also found elsewhere on the site, although they had been disturbed by later construction.

Most of the area inside the footprint of the McCoy House was excavated in 1995. The McCoy House had preserve earlier strata that are probably contemporary with the adobe. These relatively thin deposits were excavated stratigraphically, and proved to be rich in artifacts, some of which are described below. 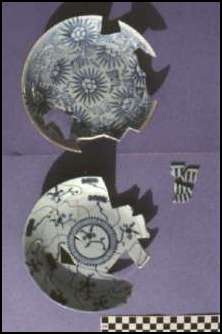 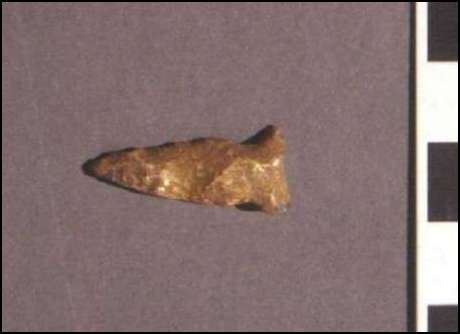 The pueblo of San Diego developed in the early 1820s as soldiers located at the presidio above traveled downhill. Artifacts from numerous sites throughout Old Town have been collected in a series of excavations including the Wrightington, Alvarado, Rose-Robinson, Machado Silvas, and McCoy House sites, among others. Through these artifacts, various layers of San Diego's history come to life once again.

Near the bottom of the deposit, we also discovered another group of intriguing archaeological features. These are a series of small post holes which could be attributed to several kinds of structures, from simple racks or covered ramadas, to fully enclosed jacal buildings. Such construction methods were commonly used to erect buildings quickly at new mission and presidio sites, as well as for temporary buildings elsewhere. Although we have recorded over 20 of these features to date, we have not been able to trace the outline of a specific building, or establish with certainty that the postholes are contemporary with the adobe foundations.

The 1995 excavations produced the archaeological evidence that architects needed to accurately design the reconstruction of the McCoy House (Felton 1995:8-19). More exciting from an archaeological perspective, however, were the earlier finds (ibid.: 19-31), and the level of community involvement that they generated.

State park docents, students from several schools and universities, and members of the San Diego County Archaeological Society put in thousands of volunteer hours under the able supervision of Dr. Therese Muranaka.

We were particularly pleased, however, to have descendants of the Silvas family, especially Abel Silvas and David Martinez, take an active interest in the project. They and other family members visited frequently, sharing information on the family’s history, occasionally helping excavate, and taking part in ongoing efforts to interpret our findings. While we are accustomed to sharing our excitement with other archaeologists and park visitors, it was particularly gratifying to find a constituency with such a deep personal interest and stake in our work.

SILVAS FAMILY INVOLVEMENT
The discovery of foundations and artifacts representing early uses of the property eventually stimulated public controversy as well as community interest. The Silvas family's ties to the site led them to question the rationale for reconstructing the McCoy House rather than the earlier buildings (Silvas and Needham 1996), and the issue soon became a topic of interest beyond the Silvas family.

A number of archaeologists, historians and others joined Silvas family members to form Protectors of Historic Sites, an advocacy group that is trying to persuade the Department of Parks and Recreation to revise Old Town development and interpretive plans. They contend the Department has long neglected the Mexican Republic era in its interpretive efforts in Old Town, and suggest that the McCoy House be built off its original site to allow for eventual reconstruction of the earlier buildings (e.g. Protectors of Historic Sites 1996; Williams and Newlands 1996).

At the heart of the issue is the fact that it was the McCoy House, and not the earlier buildings, that was identified for reconstruction in the Old Town San Diego General Plan, approved in 1977 (California Department of Parks and Recreation 1977). A General Plan is the policy document that sets guidelines for development in a state park. Although no archaeological work had yet been conducted on the site in 1977, the General Plan preparers were obviously aware of both the McCoy and earlier Silvas buildings from historical records. They chose the McCoy House for reconstruction, based on their assumptions at that time about historical significance and park needs.

RE-ASSESSING HISTORICAL RELEVANCE
Critics of the McCoy House reconstruction point out that the General Plan is 20 years old, and argue that its conclusions no longer reflect the needs of the communities they represent. Many, including the authors of this paper, believe that the study of history is in part a continual process of re-evaluating our common heritage to meet a variety of modern community needs. Subsequent generations re-assess those needs, and make decisions about the appropriate treatment of historical properties based current perceptions.

Every generation disposes its own legacy, choosing what to discard, ignore, tolerate, or treasure, and how to treat what is kept. Such choices are not unconstrained: decisions to remember or forget, preserve or destroy, largely depend on forces beyond our control, often beyond conscious awareness. But current feelings about the past largely determine what becomes of its residues (Lowenthal 1985:363).

The belief that each generation legitimately re-interprets its history leads logically to the conclusion that General Plans do not have an indefinite shelf life, but must be re-evaluated frequently if they are to reflect current community needs and sentiments. The problem with attaining that goal is that the general planning process is complex, expensive and time consuming, and there is still a serious backlog of state parks that have no General Plans. It is not currently feasible to re-open this process every time there are conflicting opinions about appropriate treatments for historic properties in state parks that already have approved General Plans.

The public controversy over appropriate treatment of the Silvas-McCoy Site has not yet been resolved. We suggest that the long term challenge to park management is not so much how this specific dispute is remedied, but whether methods can be devised to make General Plans more responsive to evolving community needs and perceptions. We believe that General Plans should provide a mechanism whereby changing perceptions of history and modern community needs can be given meaningful consideration as opportunities for future development and interpretation become available.