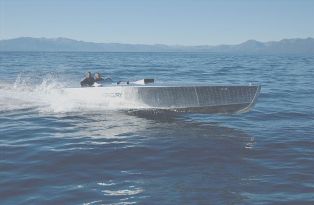 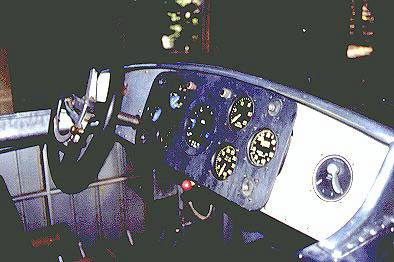 Originally named Cigarette IV,  (The Mercury) was designed by pioneering marine architect Frederick K. Lord and built for L. Gordon Hamersley of New York City. Design and construction began in 1925. The boat was constructed at the Brewster Body Works, a coach and auto body manufacturer in Long Island City. The double-ended, mirror-like hull is made from duraluminum, heat treated polished aluminum. Nine hundred seventy-nine pieces of duraluminum were fastened with 14,250 rivets, 7,087 bolts, 238 screws; no wood was used in construction. Length overall is 35 feet with a beam (width) of 6 feet 6 inches. The original engine was a Curtiss Conquerer built by the Curtiss Aeroplane and Motor Company of Garden City, New York. The V-12 produced 625 horsepower. Constructed even before aluminum skinned aircraft technology was developed, this is the first all aluminum race boat ever built. Most of her wooden competitors weighed in at 5 or more tons, the Lord/Hammersley contender weighs only 2,000 pounds wet.

Cigarette IV  was launched on August 17, 1926 at Port Washington, N.Y. Running at half throttle during initial trials, she reached speeds of 40 to 45 miles per hour over a measured half-mile course. Hamersley felt the trials indicated the new boat had a good chance of winning the Gold Cup Regatta held at Manhasset Bay later that year, but the event was won by C.G. Fisher in Rowdy. Cigarette IV  also entered the 150 mile Sweepstakes race in Detroit on September 7th of the same year but had to retire early in the race due to rough water vibration induced leaky gasoline lines. Rowdy won once again. Two weeks later on September 17-18th at the President's Cup Regatta on calm waters of the Potomac in Washington D.C., Cigarette IV came into her own, winning all three heats of the race with speeds over 55 miles per hour. Hammersley subsequently warehoused the racer in New York.

R. Stanley Jr. acquired the aluminum racer from Hammersley in 1937 and brought her to Lake Tahoe.  Dollar's race ventures with the boat he renamed Mercury, were unsuccessful in 1937. On July 10 of 1938 Mercury was again triumphant winning the Lake Championship trophy. 1940 found Mercury sustaining heavy damage to the engine and wiring after a fuel fire that sent her back to the boathouse.

Dick Clarke, Dollar's mechanic, received the assignment to drive more power from the old boat. The bottom and engine rails were rebuilt to accommodate an Allison V-12. At speeds of 67 mph the boat wanted to ride up on its chine and threatened to roll-over. Clarke determined the Allison was unsafe and a Curtiss was reinstalled. Mercury  was back in the boathouse, not to race again. Dollar would occasionally order her out for a leisurely cruise around Carnelian Bay in front of his Tahoe home.

The boat was left to the League To Save Lake Tahoe by Stanley Dollar Jr.'s estate and his widow, the late Nancy Dollar, following his death in 1975. The League, finding the gift antithetical to its mission in turn re-gifted Mercury  to the Sierra State Parks Foundation. Mercury  was then moved to the Sugar Pine Point State Park South Boathouse for storage, sans engine, where she remained on view through the dusty windows . The Foundation transferred title for the boat to California Sate Parks in 1995. Parks with the aid of volunteers and funding from the Tahoe Yacht Club Foundation made the boathouse and the boat accessible for viewing.

In September 1996, staff from the Anthropological Studies Center, Sonoma State University (ASC) conducted a preliminary assessment of the vessel under a cooperative agreement with California Department of Parks and Recreation (DPR). Funding for the project came from the Statewide Resource Management Program. Since DPR has no construction documentation for Mercury, ASC staff recorded the vessel producing a half-hull line drawing and offsets.

Seventy-five years after her first victory, State Parks, then Director, Rusty Areias and Sierra District Superintendent John Knott determined the boat would go back in the water under her own power. After a thorough bilge cleaning, examination and float test for seaworthiness the process began. Due to operational safety and cost concerns modern power was the only considerable option. A Mercury Marine, V-8, 420 hp, gasoline engine was specified by Pat Bagan of Sierra Boat Company to do the job. In 2002 Mercury made the trip to a local boat shop via barge supplied by Tahoe Marine and Excavating. The new engine was installed with minimal retrofit under contract by Frank Casey with Western Runabouts.

Subsequent operation has proved the weight to power ratio of the new configuration to be the best ever. Running on Tahoe at 6,226 feet above sea-level, at about 90% of throttle, she was recently clocked by a follow boat at 55 mph.

August of 2003, Mercury  made her debut at the Concours d'elegance, Tahoe's annual antique boat show. Crowds of curious enthusiasts praised State Parks for their efforts at maintaining and interpreting maritime history at the lake.

Most of the research and contributions to this history are made by Carol Van Etten, historian with the Tahoe Maritime Museum. Visit the museum on-line at: www.tahoemaritimemuseum.org and look for their video, Mercury: The Legacy Lives. The museum is located in Homewood, California several miles north of Ed Z'berg - Sugar Pine Point State Park on the West Shore of Lake Tahoe. 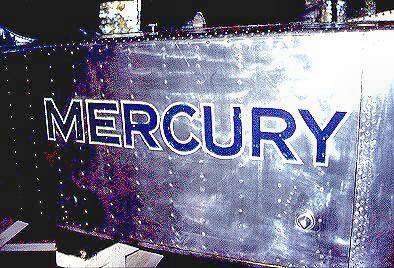 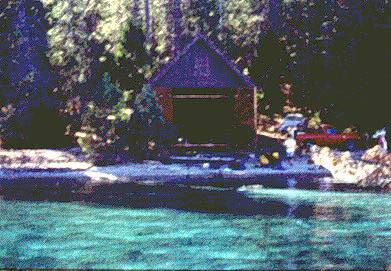 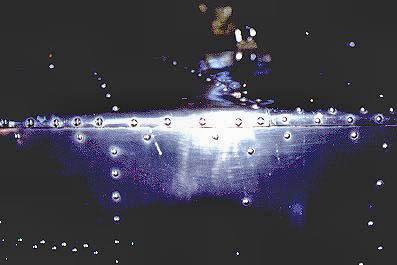