Isotopic Research at the University of California, Davis

Recent studies have been undertaken by a research team from the University of California, Davis to develop data on prehistoric hunter-gatherers along the northern California coast. In addition, they will determine the role past climatic events played in harvesting California sea mussels (Mytilus californianus).

Using stable oxygen and carbon isotopes on mussel shells, researchers Dr. Ann Russell and Michael Kennedy, Ph.C., hope to determine which season hunter-gatherers harvested the sea mussels over the last 9,000 years. Furthermore, they will establish the function marine climate had in the development of intensified marine foraging strategies.

Using the shell calcite of 14C-dated sea mussel shells found at Duncan’s Landing (CA-SON-348) and others near Bodega Bay, California, seasonal records of 18O and 13C were created. The analyzed data will provide information on marine environmental conditions (sea-surface temperature, or SST, nutrient levels, and inferred marine productivity) including the range of variation of SST, and the 13C at the time of occupation. Using isotopic data from additional shells, the researchers are able to determine the season in which they were harvested.

This data, in combination with additional archaeological information, will be used to reconstruct the changes in environmental conditions and the adaptive strategies of maritime hunter-gatherers since 9,000 BP. This research was supported by NSF grant 023388 to Dr. Ann Russell and  Dr. Robert Bettinger at the University of California, Davis. 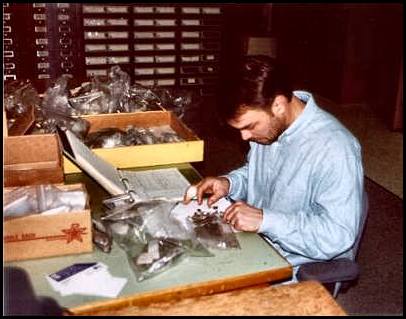