When was Lard Oil Introduced as a Fuel in California Lighthouses? 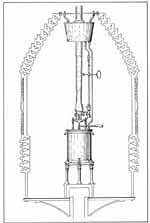 Although some of California's earlier lighthouses had used the oil from Sperm whales ("sperm oil"), by the late 1860s the California lighthouses, as well as others in the United States, were converted to lard oil. Why the change, you ask? A simple, "bottom line" decision by the Lighthouse Service.

During the mid-1800s the population of sperm whales had declined and the industrial demand for the oil had increased. As a result, the price of sperm oil was steadly increasing. Professor Joseph Henry, Lighthouse Board member and secretary of the Smithsonian Institution, had conducted experiments showing lard oil worked as well as sperm oil, and at about half the price!